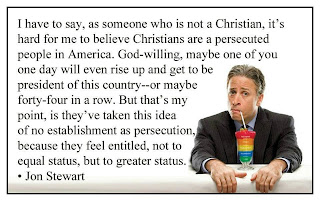 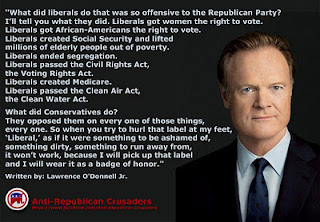 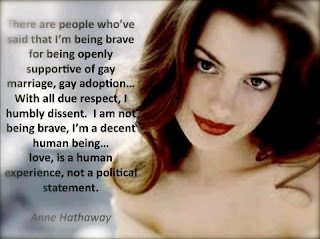 Posted by The Mighty Aquarian at 11:11 PM No comments:

Everybody loves Americana. And it’s not hard to see why. Americana is people working and living off the land. It’s traveling out west for a piece of land to call your own and make a better life. It’s the land of opportunity where you can start over again when you’ve lost everything. It’s those little pink houses that John Cougar Mellencamp sings about. It’s being born to run like Springsteen. It’s Apple Pie and BBQ and Baseball. It’s picnics and fireworks on the 4th of July.
Most of all, Americana is an ideal.
It’s an ideal that was and still is very attractive to the rest of the world and many Americans raised to believe it to be the norm contrary to their reality. It was on the promise of this ideal that drove the early immigrants to our shores and created our diversity. It is a good ideal. I doubt you would find anyone who disagrees.
But there is a difference between and ideal and reality.
The reality is that those with money have ALWAYS made the rules here. Sure, the pilgrims left Europe to escape persecution, but the original discoverers of the Americas, (yes, the continent below us is an America too.), were all looking for one thing, riches. Whether is was a better quicker sea route to transport spices from the East, or later on, more mineral type treasure such as silver, gold and jems, greed drove the masses across the Atlantic. Once the white men arrived, the natives of the Americas paid a heavy price for that greed.

Then there were our Founding Fathers. No one questions that these were wise and brilliant men. Yet, when they are talked about, the other thing they have in common never seems to get mentioned. There wasn’t a poor one in the bunch. No, really, all were men of means. Let’s look at the most popular ones:


(Side note: they all owned slaves.)
These men were not the image of Americana that one would hold them up to be. This in no means diminishes their achievements in establishing this country.
The Declaration of Independence and the Constitution of the United States are documents that have stood the test of time and inspired those beyond our borders. They are the bedrock for what has been called one of the greatest governments in the history of the world. Not too shabby.
And yet, the promise of life, liberty and the pursuit of happiness was not originally guaranteed for all it’s citizens. If you were of African origin, (i.e. black), you were considered 3/5 of a person. (Which I find amusing when I try to figure out what 3/5 of a person would look like. Every black person I’ve seen or met always looked like a whole person to me.) And if you read the Constitution, they STILL ARE! Yup, we may have laws on the books now that guarantee people of all races equal rights; it was not changed in the Constitution with an amendment.
And don’t get me started on women. Women may not have been classified as slaves, but they were considered property of their husbands. Of all the discriminated classes, women were the last one to be able to own property, a right of citizenship. The greatest right of citizenship, the right the vote, was not granted to “the fairer sex” until 1920. Yes folks, women could not vote until the 20th Century, the one that just ended 11 years ago. There are actually people alive today that were around then that happened, though they may be few and far between these days. To help put this into perspective, my grandmother was born 2 years after the amendment was added to the constitution. (And FYI, she is still alive and kicking.)
So who got all this good stuff promised in these documents? (Well, initially anyway.) You guessed it, white men. This isn’t all that surprising when you think about it. Just look at who wrote it. It’s wall to wall pasty white skin and testosterone.
Throughout our 235 year history, we have tired, and at times succeeded in becoming closer to the ideals we have set forth, and that ideal was America, a government for the people, by the people, of the people, ALL PEOPLE. One thing our Founding Fathers knew is that the world changes. They gave future generations the means to make sure our government could “go with the flow” of inevitable and unstoppable progress. We have the power to change.
Americana is an ideal; a romantic, fanciful one, but an ideal all the same. It is one that we may only see now only in movies, books & television. It was an ideal that had a shelf life. Change is a fact of life. The ideals that survive and have a chance of becoming reality are the ones that can change with it. Nostalgia is nice, but nothing is constant, especially when what one is nostalgic for never really existed in the first place.
Posted by The Mighty Aquarian at 2:50 PM No comments: